SO/ Singapore - Luxury hotel - SO/ Studio

Step into the city’s most impressive designer hotel where 19th Century French Grandeur meets 21st Century modernity in the SO/ Studio Rooms.

With a light box inspired by the French Cupola illuminted 3 metres above each MyBed, SO/ Singapore’s Designer accommodation is an invitation to dream. A 3-dimensional take on the orchid, Singapore’s national flower, adorns the wall above the bed while a playful painting of Napoleon adds a distinctive French touch to the decor.

Images are for illustration purposes only. Room layout may vary per suite.

Upgrade to SO/ Lofty

Passersby on Robinson Road frequently look up and admire the regal neoclassical balconies, which are exclusive to the So Lofty suites. The interior decor is a melange of cosmopolitan modernity and innovative... 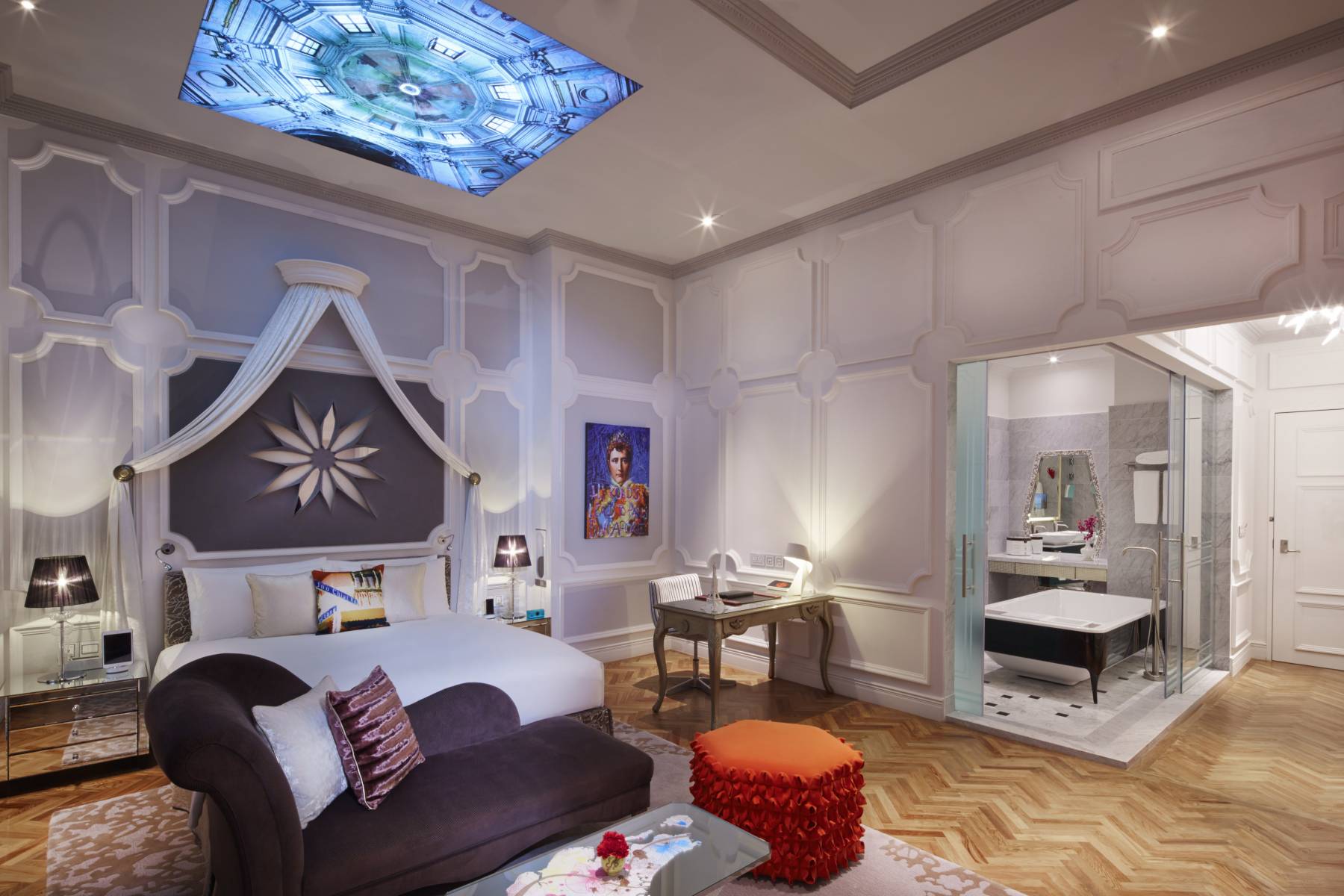 Get the most of our latest hotel promotions when you dine, stay and celebrate at SO/ Singapore.

Experience a unique staycation like no other in Singapore’s vibrant Central Business District. Host your event at one of our exquisite venues, or indulge in gastronomical delights at our restaurant and stunning rooftop pool & bar with these exclusive privileges and discounts. For every season and because you need no reason, our specials have got you SO/ covered.

Catch up on all our latest news to stay ahead of the curve.

Book
SO/ Singapore
Book your stay

SO/ welcome back! Unlock your SO/ Singaporean experience as we open our doors.

Injecting playful and audacious charm in the form of unconventional staycation packages and electrifying experiences. Stay SO/ Connected with us for latest SO/ Happening offers!


The best of SO/ with Accor App Close
X
SO/ Singapore